Cancer is one of the leading causes of morbidity and mortality worldwide. World Health Organization (WHO) estimated that there were 14 million new cases and more than 8 million deaths every year. This figures are expected to rise mainly due to the increase in elderly population and adoption of unhealthy lifestyles.

Like most developed and advanced developing countries, Malaysia is experiencing an epidemiological transition, where diseases related to lifestyle particularly cardiovascular diseases and cancers have progressively become more prevalent.

Cancer represents a tremendous burden on patients, families and societies. Besides the financial cost of disease, cancer has important psychosocial repercussions for patients and their families and remains, in many parts of the world, a stigmatizing disease. Cancer is a complex group of diseases representing more than 100 distinct diseases with different causes and requiring different treatments or interventions. There is no single cause or cure for cancer and everyone is at risk.

The trend of malignant neoplasm in terms of absolute numbers has escalated and remains as one of the five principal causes of national mortality for the past 20 years. In 2015, cancer contributed 13.6 % of all deaths in Ministry of Health hospitals compared with 8.9% in 1996.

The ten most frequent cancers in Males and Females in Malaysia for the period 2007 – 2011 are as tabulated. 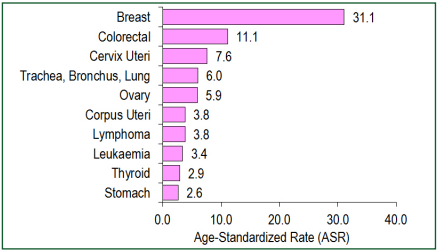 More information on cancer burden in Malaysia can be found on Malaysian National Cancer Registry Report 2007 – 2011. 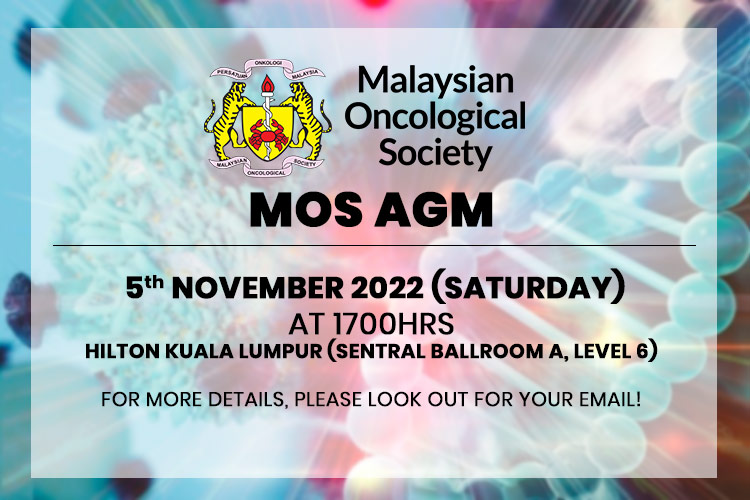